​Sarabande is an extension of the "Les Audides" recording session in collaboration with Rebekah West. The recording took place in the Chapelle St Jean Baptise, a small, medieval chapel in Cabris, France. The unique acoustics in the chapel offer a life-like dimension to the sound of both  the Celtic harp and the voice of Bach. Sarabande is part of Bach's sixth suite for cello, transcribed and performed on a Salvi Egan harp.

arrangements for pedal and lever harp by Megan Metheney

Available as a downloadable PDF:

"A Concert of Four" by Riviera Harp Quartet playing music arranged and written especially for their group, led by acclaimed harpist Elizabeth Fontan-Binoche. (2007)

An independent solo harp album of music written with the moon as inspiration. Performed on pedal and Celtic harps. (2007) 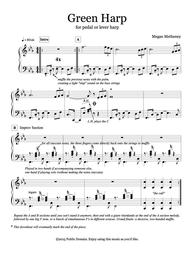 Harp music to intended to help learn improvisational skills for       yourself or your students. 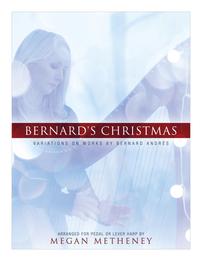